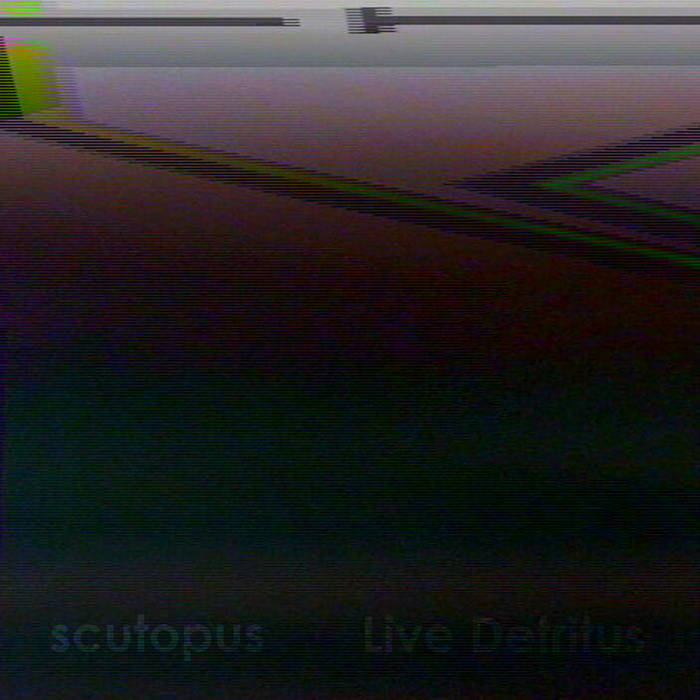 I enjoy recording my live performances, and have done so for the majority of the gigs I've had. These tracks have a mix of (glaring) errors, (fumbled) spontaneity, and (wonderful) moments. All of these things are what makes playing live interesting and fun for me, and I enjoy returning to the recording of the live set to hear different takes on a track, and new ideas in action. Some may feel the live music should remain of that moment, though I feel this take is too precious: the experience of "being there" cannot be replicated by a recording listened to on a different system in a different setting than that it was recorded in.

The Bowery Poetry Club recordings are tracks I played in between bands' sets during which they broke down and set up their equipment. This led to longer track times, yet I chose not to edit them for this release because I find I enjoy listening to them in their entirety. The other recordings here are of more "traditional" live sets.

(Version) in a track title shows this track has appeared before, whether in a live setting, on a recording, or online somewhere. None of these tracks have been edited: you hear these tracks as they were recorded.

Included in the download are photos from two scutogigs from 2002, neither of which were audio recorded: MEGADUMB2002 on a rooftop in Brooklyn, NY, and at the Korova Milk Bar in NYC. Vaudeville Park and Knitting Factory tracks have a photo from the gig as the track art.

All included sets based around the Machinedrum UW.

Thank you: those who got me these gigs, specifically the extended Time of Orchids/Brutal Prog family in NYC, and those who influenced and appeared in these recordings.

Semiratruth joins the show to discuss their latest release, "loading..".