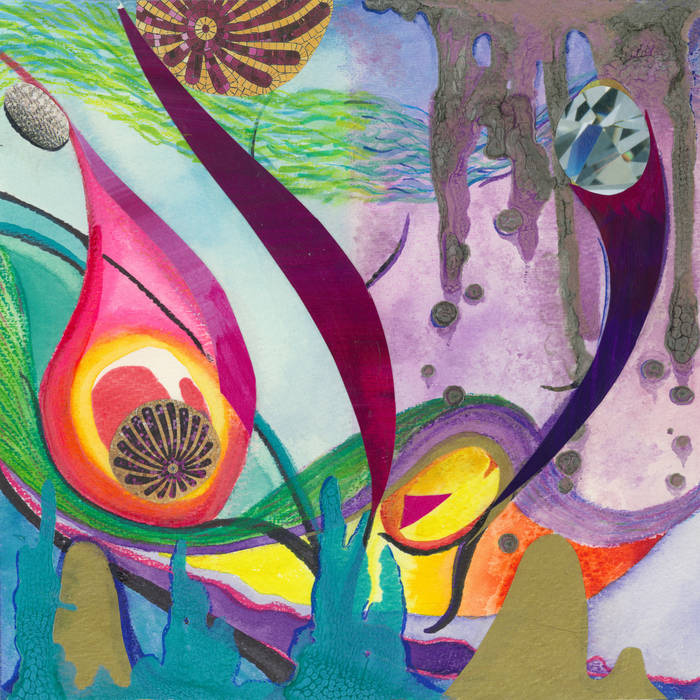 Seasons is comprised of long form, watery field recordings--one for each season--recorded at different locations across Cape Cod. The first was recorded in 2006 by microphone and is stereo. The other three were recorded ten years later by hydrophone and are mono.

Track 1 brings me back to a different time, when the side yard had a green-tarp-roofed, metal-pole-skeletoned, allegedly-mosquito-proof pavilion in it. I set up a pro-sumer stereo field recording mic and a Minidisc recorder in it to record the rain. I left it there for longer than intended at the time, but in hindsight I am glad I did because it captured a variety of dynamics during the rain storm.

Track 2 takes us to Nickerson State Park, at the end of a day of nature walks there. During these walks Cape Cod geology and hydrology were discussed in the service of protecting the Cape's ground water systems. The source of the sounds captured at Ruth Pond is a mystery, because there is no obvious surface inflow or outflow source to the pond yet it sounds like flowing water. One thing discussed on the walk was ground water flow on the Cape--happening literally under one's feet--which is one possible explanation for the sound: fresh water seeping through the sandy soil towards the sea from higher points (aka "lenses") in the Cape's aquifer. The other more likely possibility is the copious amount of plants in the pond off-gassing, which could create enough bubbles to sound like a small babbling brook.

Track 3 found me captivated by the sight of hardened, icy snow falling from trees in the late afternoon winter sun. The ice had encapsulated the trees up until it was melted off. The trees were above a small, shallow duck pond which had a layer of water above a still-intact layer of ice. I just had to hear what this sounded like! Enjoy the classic "pew, pew" ricochet-like sounds of objects striking the ice surface and the ice shifting. (For more ice sounds, see scutopus.bandcamp.com/track/coonamessett-pond-ice-crows-02-08-2007 )

Track 4 brings us back to the location of my first hydrophone release, Oyster Pond Dock. In this recording we hear a number of similar sounds as the first one, but with the lively vigor of spring. The first one: scutopus.bandcamp.com/album/oyster-pond-dock

Cover art by Emily Edwards. www.emilypierceedwardsfineart.com Included in the download is an image of the object which served as the starting point for the cover art.